Motorists whom law enforcement officials suspect might be operating their vehicles under the influence of alcohol or some other substances could be subjected to a breathalyzer test during a traffic stop. If said examination yield results confirming the examinee’s blood alcohol content exceeds certain levels, said individual might be charged with driving under the influence, abbreviated simply as a DUI, have their driver’s license suspended or revoked, be sentenced to jail time, be levied monetary fines and could be required to attend rehabilitative efforts like DUI counseling classes.

That said, there might be certain circumstances when a DUI evaluation will be performed with a breathalyzer test that does not always yield accurate results. In specific instances, such factors might be employed by a DUI attorney in defense of a client charged with said offense. Important considerations include:

Occasions might arise in which where law enforcement officials incorrectly perform or interpret data collected during a DUI evaluation. Typically, police are required to wait anywhere from 15 to 20 minutes before administering a breathalyzer exam. Samples gathered sooner are said to be inaccurate and often produce inflated data.

The Presence of Mouth Alcohol

The presence of what is known as “mouth alcohol” is thought to be amongst the biggest skewers of breathalyzer results. This terminology refers to the alcohol lingering inside the mouth’s tissues after the person in question ingests a potent beverage or other substances containing alcohol like mouthwash and cough syrup.

Medical professionals opine that mouth alcohol remains in an individual’s mouth for a time period ranging from one-quarter to one-third of an hour and any results gathered during this time do not offer a true indication of the examinee’s actual blood alcohol content. Additionally, circumstances other than the ingestion of an alcoholic beverage or product comprised of alcohol could impact breathalyzer results. For example, dental equipment might retain significant levels of mouth alcohol.

Certain health maladies could precipitate inaccurate breathalyzer results. One such malady is diabetes. Said metabolic condition causes the body to produce an elevated level of chemicals that alcohol-content measuring apparatuses interpret as alcohol. Another common breathalyzer-altering ailment is gastrointestinal reflux disease, sometimes simply abbreviated as GERD. Those stricken with this condition often experience a backup of stomach contents into their esophagus and oral regions, which could increase the presence of mouth alcohol.

Increased systemic concentrations of chemicals known as acetones can prove problematic during breathalyzer tests. Alcohol-content measuring apparatuses interpret these substances as alcohol. Paint contains high levels of acetones. Ergo, professionals who work with this product are at an increased risk of yielding skewered breathalyzer results.

Individuals confused as to why they failed breathalyzer tests are encouraged to consult with a lawyer versed in handling driver under the influence cases. A driving under the influence charge is a criminal offense that could cost those accused their driving privileges, fines, jail time or subjects them to rehabilitative efforts like DUI counseling. Said legal professionals can review a prospective client’s case and potentially strategize a defense based upon potential breathalyzer-altering events. 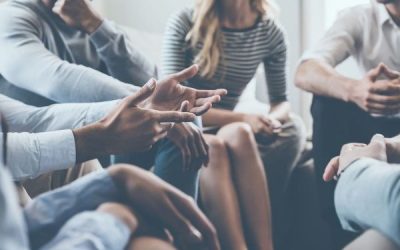 Family and Friends Will Always Aid An Alcoholic Seeking Treatment

Alcoholism is considered amongst the most serious and prevalent forms of addiction in the United... 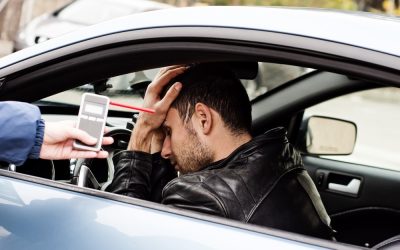 Here Is How You Can Bounce Back After a DUI Conviction

Being convicted of driving under the influence (DUI) can have life-changing consequences for you...